This makes it an important quandary to explore before you decide whether or not to go ahead with your next project, wouldn’t you agree? After all, the wrong decision could end up costing you twice: once to pay for the job, and then again when you sell.

So, in today’s post, we’re going to take you through some of the worst home improvements you can make if you’re thinking of selling up in the not too distant future. 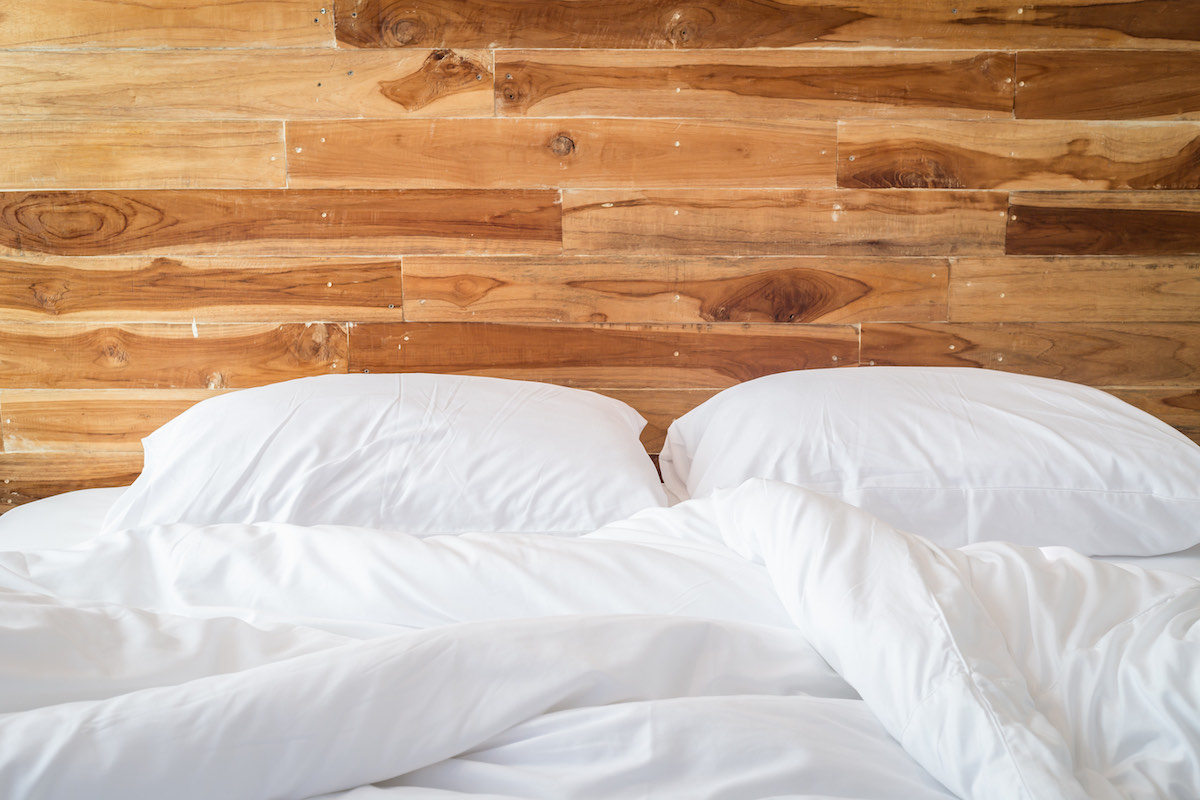 Doing away with a bedroom may seem questionable at first glance, and you’d be right! Losing a bedroom can end up being one of the costliest mistakes a homeowner makes when it comes to home improvements.

Living spaces are commonly listed with three vital statistics: Price, number of bedrooms, and number of bathrooms. Negatively altering this key selling point is simply asking for trouble and could end up costing you as much as a 15% loss in value when you put your home on the market.

Reasons for getting rid of a bedroom usually fall into one of two camps: Turning two smaller bedrooms into one bigger room or doing a complete overhaul and creating another bathroom. Either way, it’s highly likely that your plans will be detrimental to the price of your property. Don’t do it!

This one is a little less straightforward and needs a lot more consideration than removing a bedroom. Installing solar panels is a costly affair, and research shows that when homeowners put their properties on the market the return on their investment is a big, fat 0%.

Now, that doesn’t mean to say solar panels are worthless. Far from it. But, you should definitely give serious thought to the reasons why you are installing them before you go ahead.

If, for example, you’re not intending to move for the foreseeable future, then installing solar panels may well become a perfectly viable option financially, as you’ll get your money back and then some by way of reduced energy bills.

Installing them because you’ve heard that buyers are more frequently looking for eco-friendly homes in today’s property market isn’t such a good idea. While this train of thought seems sound enough, the reality is a bit more nuanced. In the main, solar panels are regarded as a selling point, but some buyers simply can’t stand the look of them and will actively avoid homes with them in place.

Getting a new kitchen 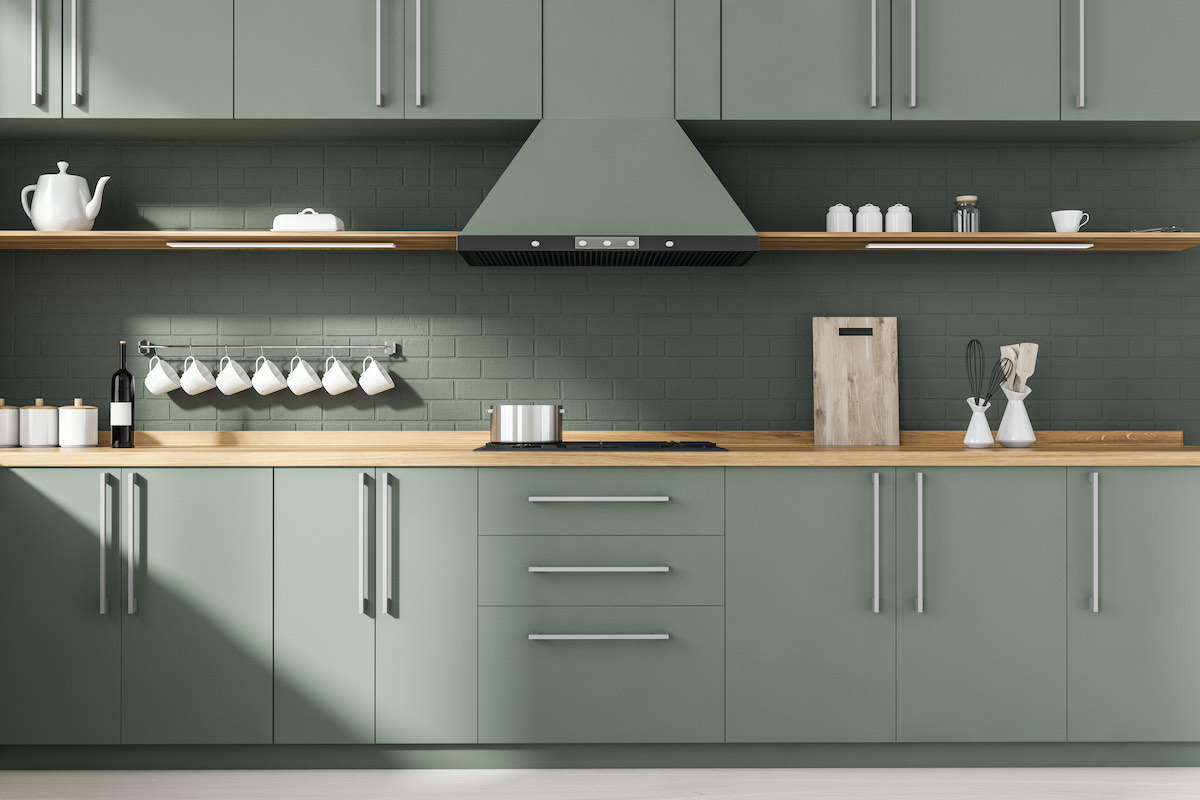 Kitchens, kitchens, kitchens. It’s all anyone talks about, so putting in a brand spanking new kitchen with state of the art fixtures and fittings must be a no-brainer if you want to up your property’s value, no?

While it’s certainly true that everyone loves a beautiful kitchen, not everyone agrees on what constitutes beautiful. It’s also highly unlikely that your buyer will want the same appliances that you do, even if they are the bee’s knees in your mind.

So, while it may be tempting to overhaul your kitchen prior to putting your home on the market, we’d always advise against it...even if yours really is in desperate need of renovation. We’ve lost count of the amount of brand new kitchens we’ve seen in skips just weeks after the new owners have moved in. Don’t waste your money. 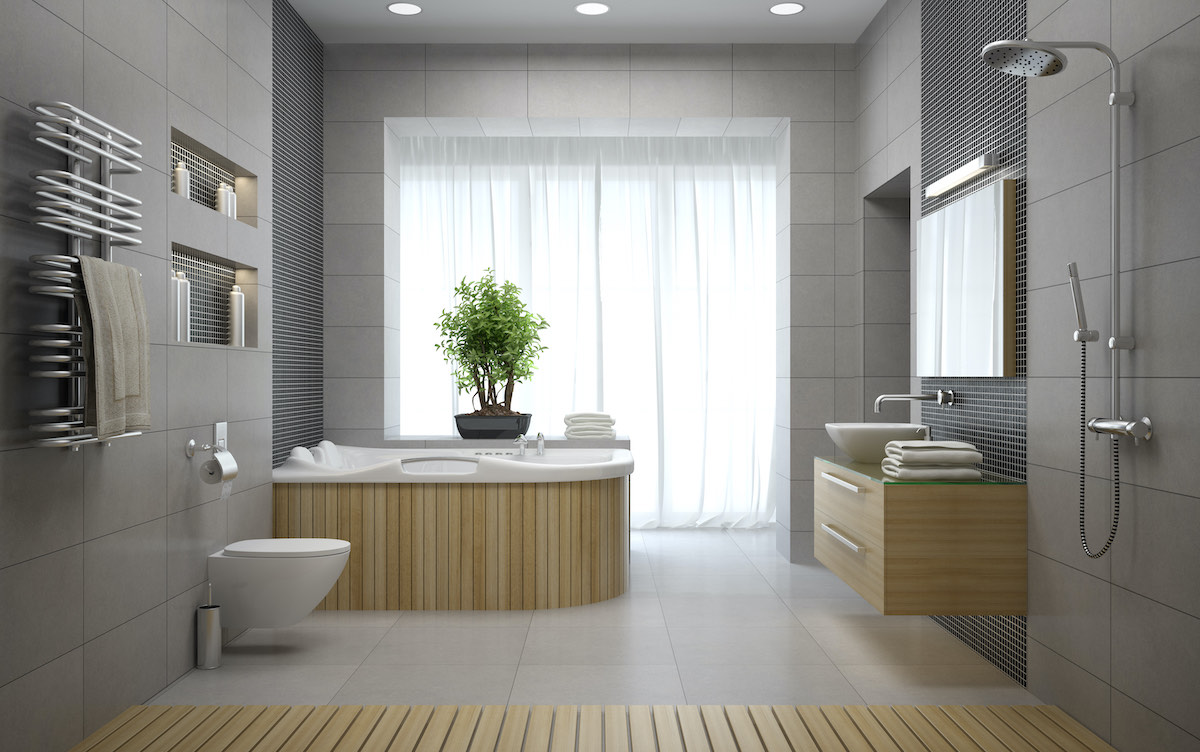 Similar to putting in a brand new kitchen, spending a lot of money on upgrading your bathroom just prior to going to market isn’t the best idea in the world.

Just like the kitchens we’ve already covered, bathrooms can often be loved and loathed in equal measure. Some will want brilliant white, other’s blue, while the next will want deep, dark tones...it’s guesswork as to what your prospective purchasers will want, so why get involved?

Another common bathroom clanger is getting rid of the bath. Shower only bathrooms make sense on the surface but, when it comes to selling your home, not having a bath in place can alienate a surprising number of people.

It may not send the price southwards, but we Brits like to soak so much that it could well put people off of buying your home if there’s no bath installed. 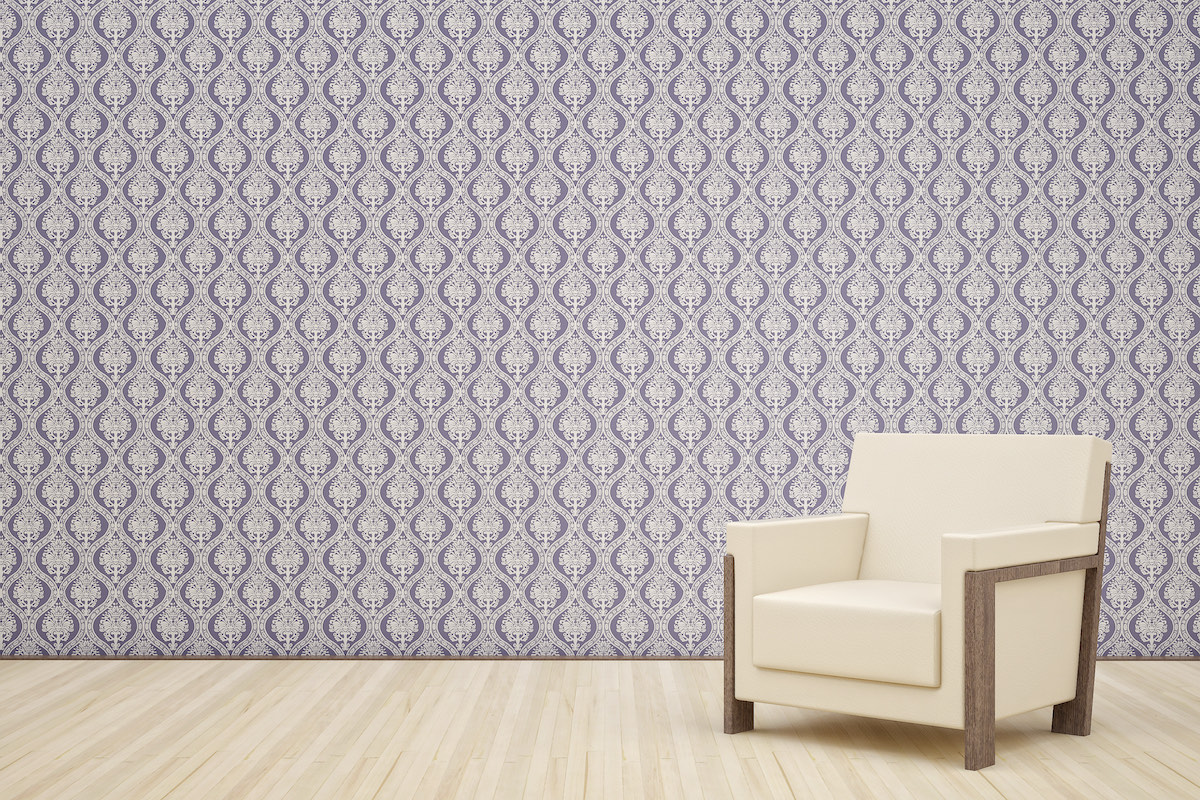 Wallpaper can reach extraordinary heights in terms of price, but it can be a tempting fix for those who may be looking for a quick way to spruce up their home before a sale. We all know, though, where temptation can lead us.

A lot will come down to taste once more. What you like, others will hate. Pure and simple. That’s fine if you’re staying put, but not the best idea if you’re thinking of moving on. Neutral painted walls are always the way to go.

There’s also another reason not to hang expensive wallpaper prior to sale. Home buyers are now well versed in the way of viewing a property, and the vast majority will enter your home with one eye on redecoration...regardless of whether or not they can still smell the wallpaper paste!

Not only are the chances high they’ll disagree on your choice of pattern, it’s also a fair bet that some will be put off by the thought of having to strip every wall in the house to get things how they want it to be. Creating unnecessary work for your buyers is not a savvy move. 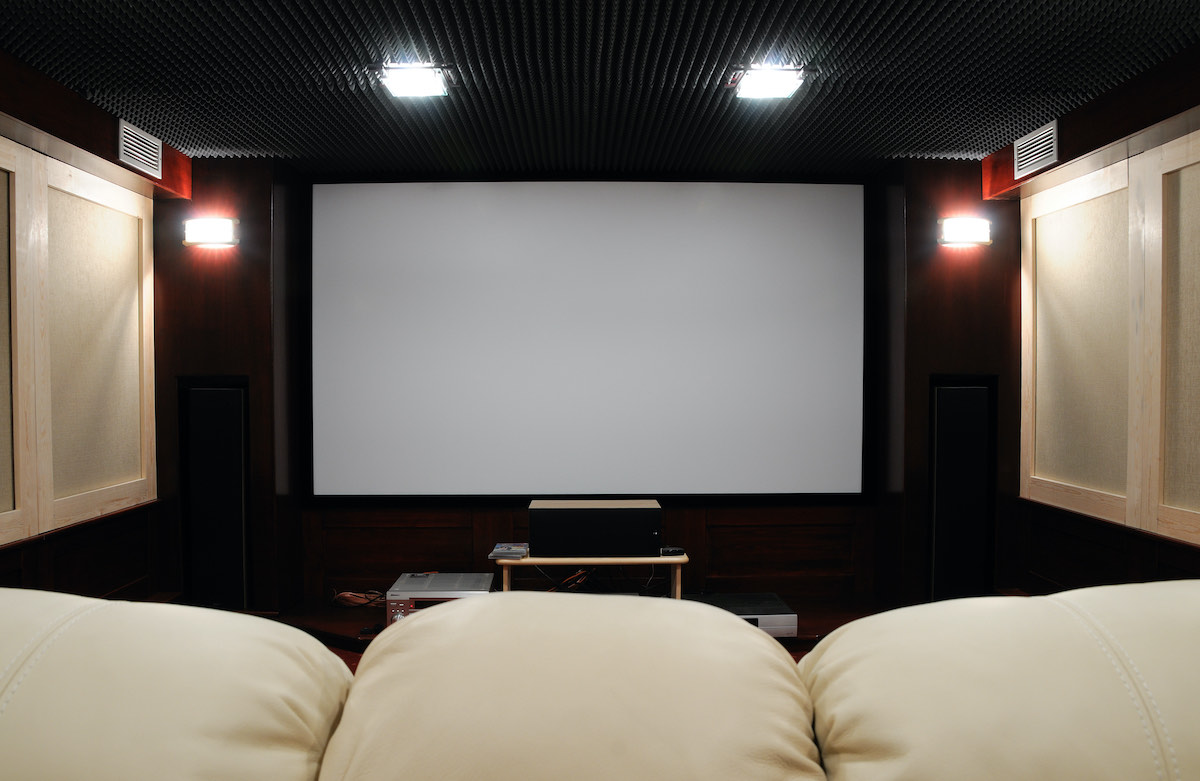 If we’re being honest, purpose built media rooms should be the preserve of the ultra rich. Losing a whole room to watching telly, playing video games, or listening to music may be a dream for some, but in reality not many people prefer media rooms over more practical uses, especially when space and storage in the home is tight.

Now, you may be thinking, ‘What difference if someone installs a huge TV in one room with a sofa and nothing else?’. Well, the problem usually arises from the fact that most media rooms actively incorporate the hardware into the room itself. Built-in systems are just that - built in.

This calls for major renovation work and can cost up to £30k if done properly. That’s a ridiculous amount of money if you’re in a semi-detached home with only two or three bedrooms, and it’ll likely add a paltry £2k to £3k when you sell up. Not a good investment return. 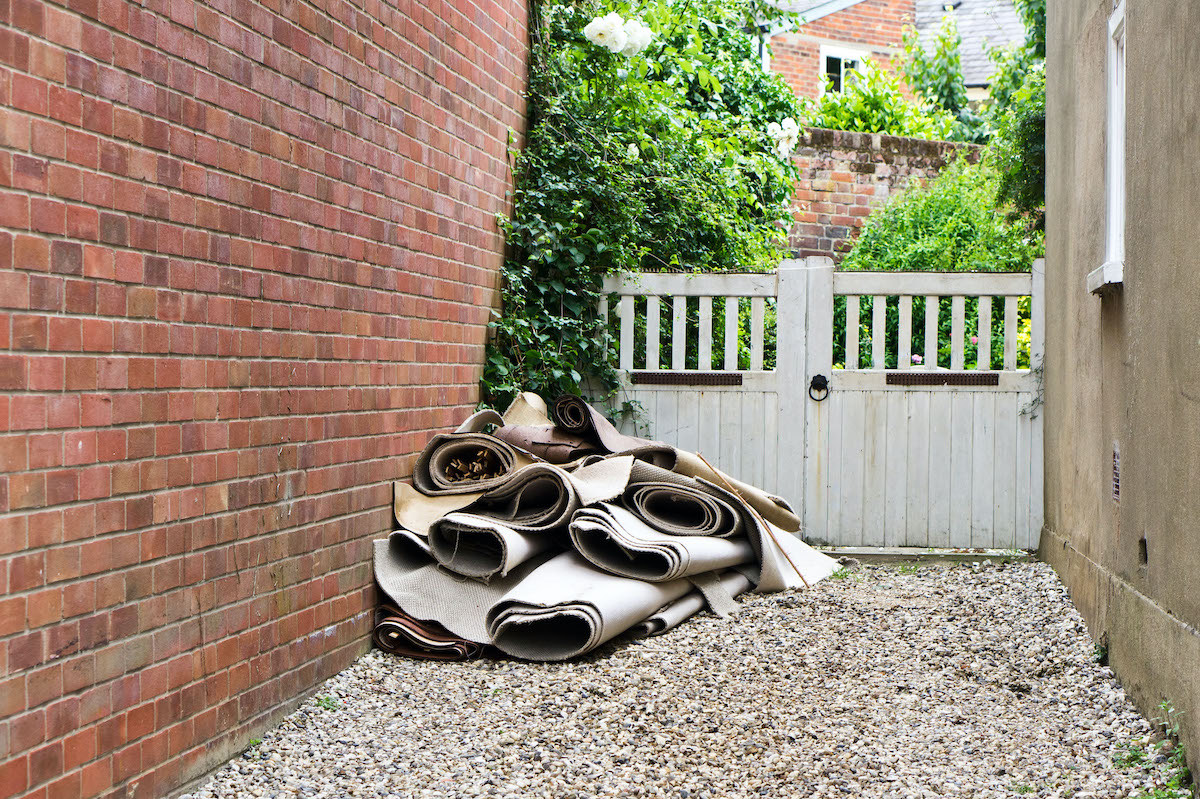 In a similar vein to hanging expensive wallpaper, laying carpet is largely a pointless and potentially costly exercise. Installing wall-to-wall carpeting is far from cheap, and our old friend ‘taste’ rears its head once again.

Your buyers may want a different colour. They might want a patterned carpet. It’s likely they may not want carpet at all, opting instead for tiles, wood, or vinyl flooring. The choices are endless, so the likelihood of you getting it right for the new owners are slim to none and it’s probably going to end up in the skip alongside that new kitchen and bathroom!

If you’re looking to sell your property in Wanstead, East London, or West Essex, Petty Son and Prestwich should be the first call you make. We’ve been serving the area since 1908 and we continue to be the popular choice for homeowners, first-time buyers, landlords, and tenants across the area. Give us a ring to find out why. 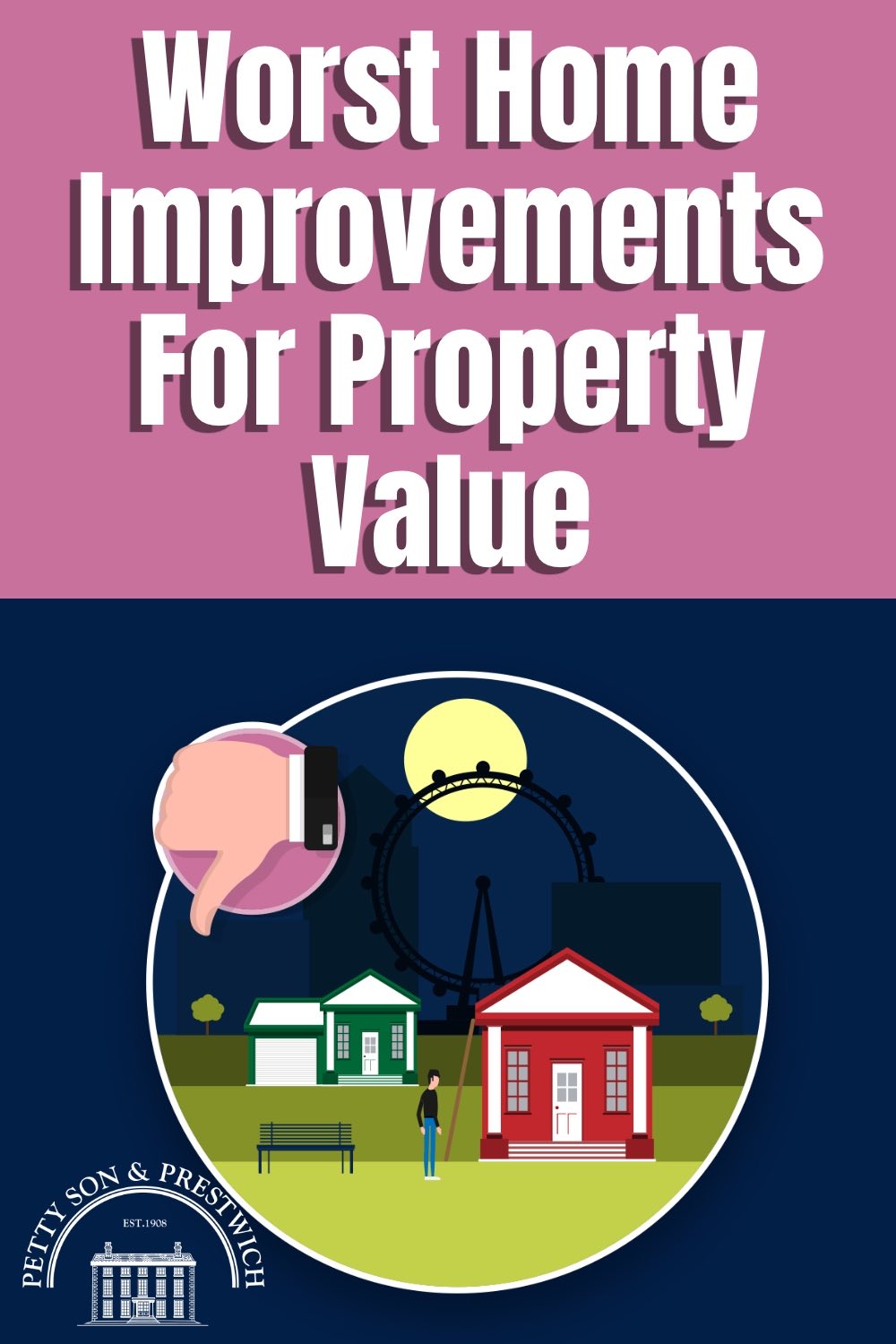