Which Fence Am I Responsible For? Garden Fence Law Explained

Many homeowners are blissfully unaware of garden fence laws until it’s too late. Boundary disputes can be both costly and frustrating, and garden fences are often at the heart of conflicts between neighbours.

So, what do you need to know? This article will explain how to find out which fence you are responsible for as well as what you need to consider if you’re thinking of erecting a new garden fence. We’ll also touch on a few other points along the way, too.

Let’s start with who owns what, though, shall we?

Which fence is mine? How to establish ownership of fences and walls

The best place to look when trying to answer the age-old question, ‘Which fence is mine?’, is with your deeds. Your property deeds will include a scale plan which highlights the boundary lines by way of a symbol resembling a ‘T’ (sometimes referred to as a ‘T-mark’). This T symbol represents ownership of the fence or wall that is in place.

On occasion, adjacent properties will have joint ownership of a wall or fence. This will be represented by two of the aforementioned T symbols joining together to form a kind of elongated H (H-mark). These are commonly referred to as party walls or fences.

To give you an idea of what these symbols look like, and how they relate to each property, we’ve put together a mockup scale plan of two houses and their boundaries for you to take a look at: 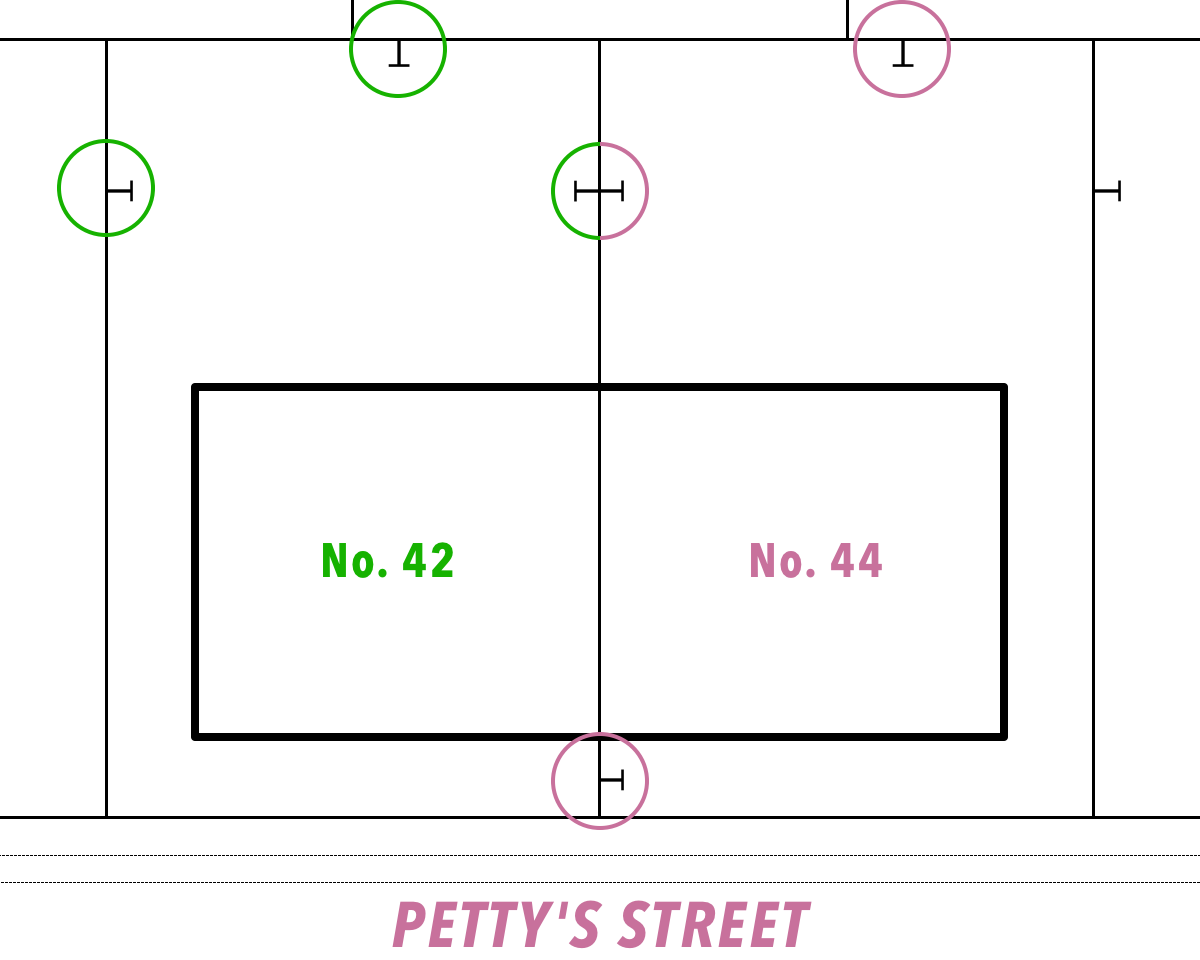 In terms of fences, the presumption is that fence posts will be placed on the owner’s land. This means the owner will usually have the back of the fence, where said posts are showing, facing them.

When it comes to determining which fence you own, one thing is certain: you can’t rely on the common misconception that the fence to the left of your property is the one you own. Always check your deeds.

Who is responsible for maintaining a garden fence?

As one would expect, in most cases, the owner is responsible for any maintenance the fence may require. Again, as expected, party walls and fences would be the joint responsibility of both neighbours.

While the above will be true for most, in some instances things can get a little murky. As we’ve already pointed out, some deeds may not clearly indicate ownership and some may even include repair covenants that relate to the fence or wall in question.

Furthermore, sometimes even Land Registry documents can be misleading. There have been cases in the past where one party has taken on maintenance responsibility for so long they have actually become legally responsible for the upkeep. Such cases are rare and extremely difficult to prove, but it does happen.

Can I make my neighbour repair their fence? 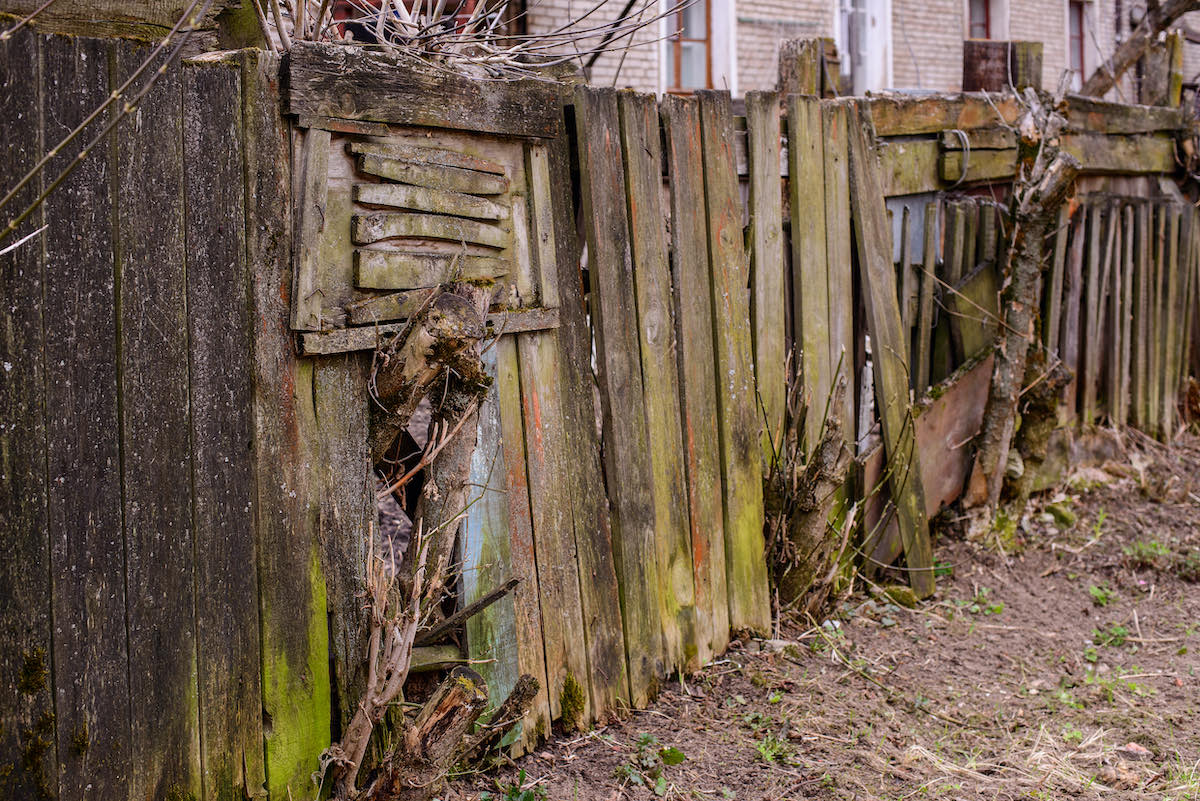 This is a tough one, and many homeowners are often left frustrated by the answer. In short, there isn’t a law that states fence repair as an obligation, even if it’s falling apart. This largely comes from the fact that there actually isn’t even a legal obligation to have a boundary fence in the first place.

Some go down the route of employing a boundary demarcation and disputes expert to gather evidence and write a report, but this usually fails and can end up costing more than replacing the fence itself.

Basically, if your neighbour is unwilling or unable to spend money on their fence, you cannot force them to do so by legal means.

If you find yourself in this situation, the best thing to do is leave their fence where it is and erect your own on your land. It doesn’t matter if your fence is touching theirs, providing that it is situated within your boundary.

Boundaries are, as laid out in the HM Land Registry plans: boundaries (practice guide 40, supplement 3, 2.1), an imaginary or invisible line dividing one person’s property from that of another. This means that boundary lines have no ‘thickness’, so the fact that the two fences touch each other is irrelevant.

Erecting a new fence: What you need to know 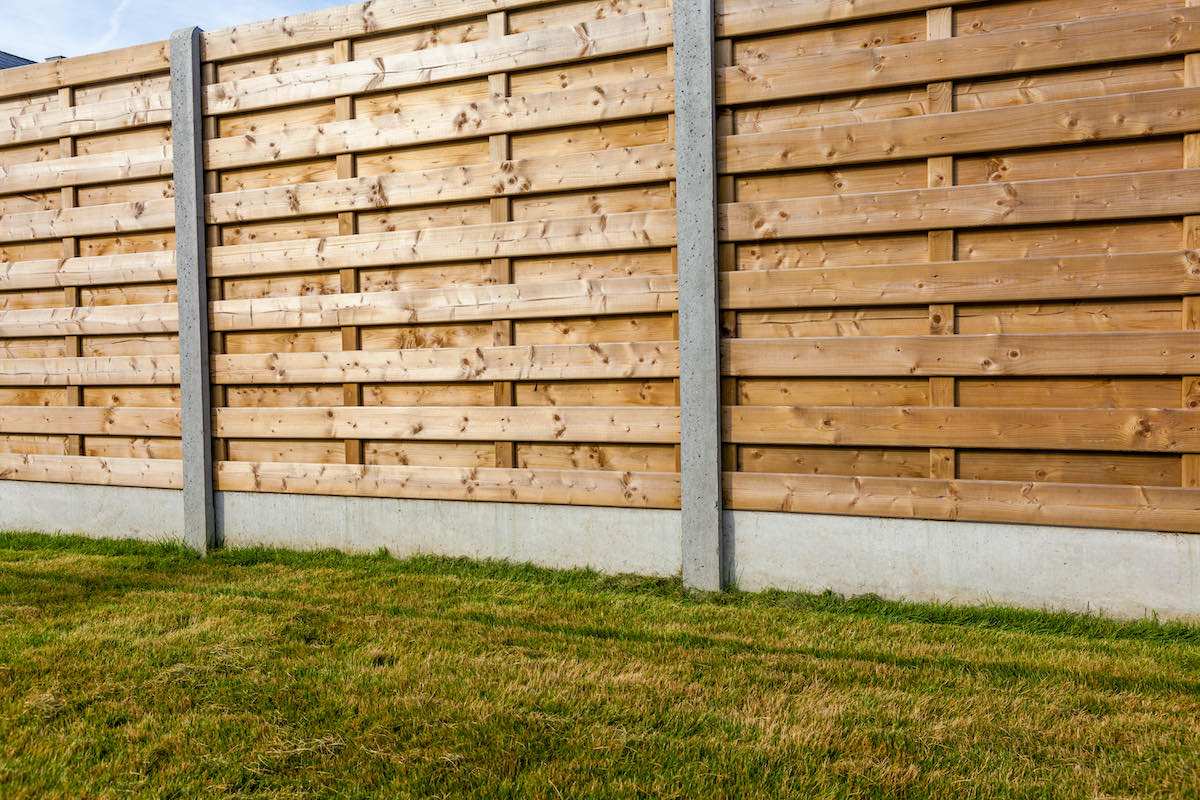 If you are thinking of putting up a new fence, there are a few points you should keep in mind:

Who is responsible for erecting a new fence?

This will usually mirror ownership and maintenance. So, if your deeds indicate that the fence in question is your responsibility, then it is down to you to erect the new fence. Party fences are the joint responsibility of both parties.

How high can a garden fence be?

This is probably the most commonly asked garden fence question, and the answer can vary from local authority to local authority. Usually, however, the highest fence allowed without planning permission is two metres in height.

Do I need planning permission to erect a fence?

As we’ve just mentioned, fences over two metres will generally require planning permission. Be aware that this includes any trellising that may be present atop the fence. If it goes over the two metre rule, you’ll likely need to obtain planning permission for it.

Listed buildings will also commonly require planning permission, as will fencing that adjoins a public road and is above one metre in height. For property where the front is open to highways and public paths, restrictions usually apply, so talk to your local authority before you begin any work.

What does the law say on who gets the smooth side of the fence?

We’ve already touched upon this above, but it’s well worth reiterating as it can cause confusion. The rules are that the fence posts must be on the owners side of the boundary, but there is no law that states the smooth side must face either way. It is entirely their choice which way the fence will face.

That being said, there is something of an unwritten rule that should be abided by here.

Know your boundaries from the start

To close this article, we’d like to point out the importance of knowing your boundaries and the implications they may have on you and your ownership of the property. While there are obviously a million-and-one things to do when you first move into a new home, you should always make time to pore over your deeds and become familiar with all your boundaries.

By doing so, you will become aware of your responsibilities and potentially prevent future disputes with your neighbours, which is something we all want to avoid.

Thinking of moving home? Looking to live in the capital or make a move to West Essex? Regardless of whether you are buying, selling, renting or letting, Petty Son and Prestwich should be your first port of call.

Established back in 1908, Petty’s have been helping people make their move for well over 100 years. As a family run business, we thrive on making property dreams come true and providing a personal touch to every interaction we have with our clients. You’ll never be ‘just another number’ with us.

So, if you’re looking for a better way to move home, give our friendly team a call today to find out why we have stood the test of time and continue to stand out from the crowd. 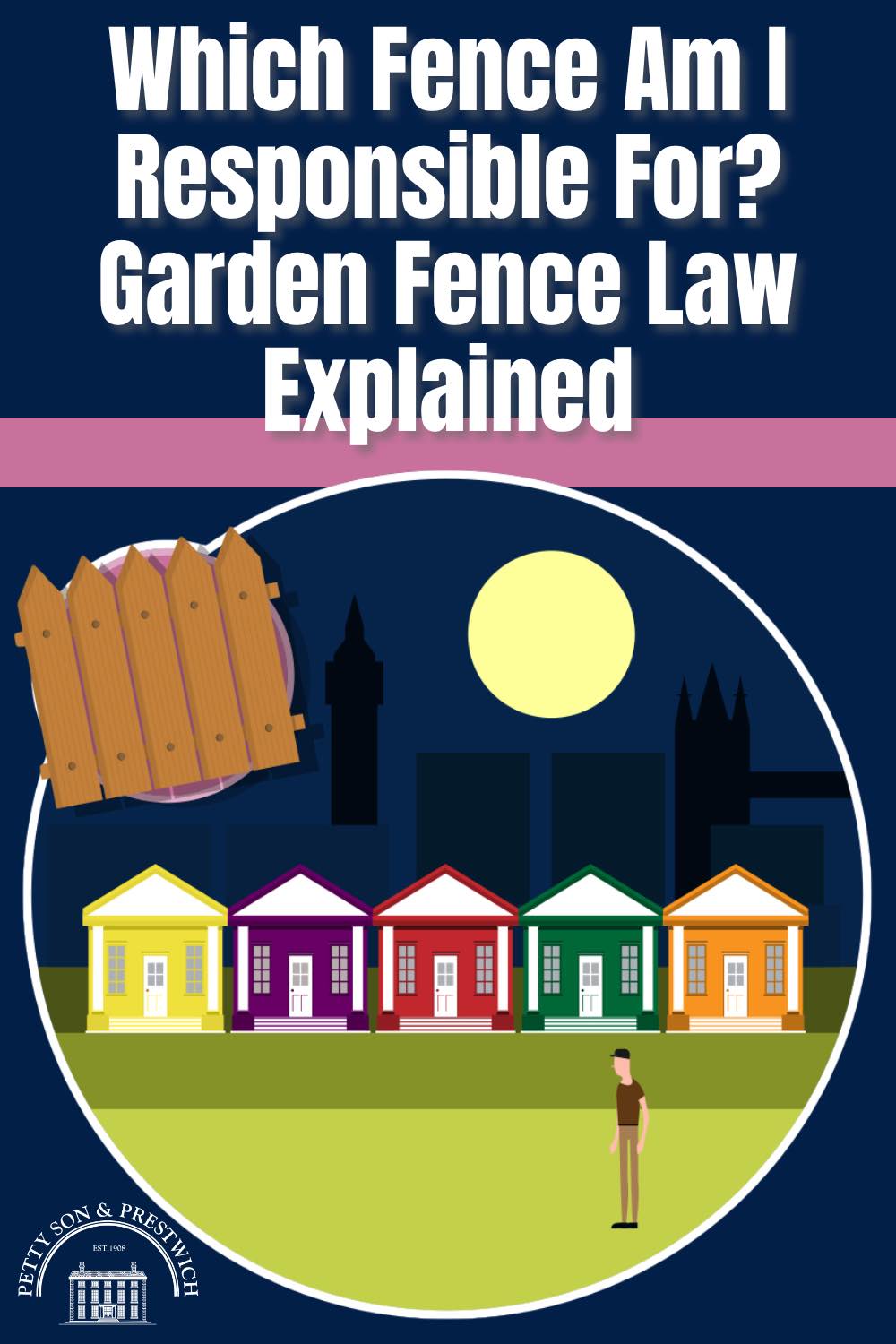