Here in Britain, we are extremely lucky to have a very diverse housing market. There are many different types of UK property, and if you’re buying your first home you may be wondering what some of the names actually mean.

In today’s post, we’re going to clear all that up for you by explaining what each and every residential property type is and how they differ from one another.

What is a flat? 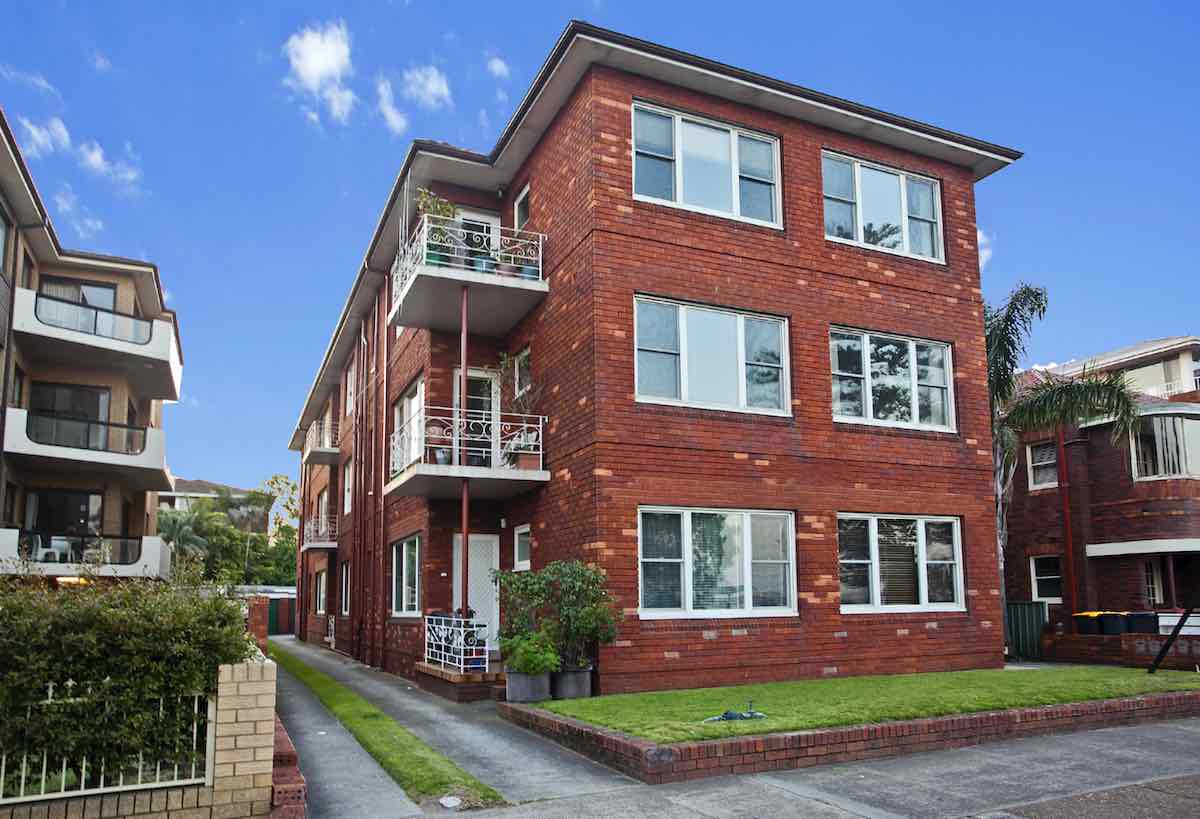 Often considered the first rung on the property ladder, flats are the most affordable type of housing in the UK. There are, of course, outliers but, for the most part, UK flats are less expensive than houses, which makes them ideal for singles and small families.

Their name, rather unsurprisingly, comes from the fact that flats are mostly single-level residential properties comprising of a set or rooms all located on one floor.

Are flats and apartments the same thing?

Is there a difference between a flat and an apartment? Yes...and it goes beyond the usage of each term in American and British English. While it’s true that Brits are more likely to use the word flat than apartment, and vice versa, there are actual differences in their meaning, albeit subtle ones.

As mentioned above, the word flat refers to an abode made up of several rooms on a single floor within a building that contains other, similar residences.

Apartments, on the other hand, are generally considered to be the flat’s more well-to-do cousin. While they are still formed from a number of rooms, they can be set across more than one floor and are also thought to be better appointed and more luxurious than a simple flat.

Are there different types of flats and apartments?

Things get even more complicated when you find out that there are even more subcategories below the flat and apartment umbrella...

Straightforward enough. Purpose-built flats are, as one would expect, dwellings that were constructed with the sole purpose of being flats from the beginning. So, for example, a block of flats would be purpose-built, whereas an old house that has been split into two different homes is not.

Converted flats are the opposite of purpose-built. As per the example above, the flats that were created from the house are considered to be converted, whereas the homes in the block are not.

This is where things can get a little more confusing. One bedroom flats are often mistakenly identified as Studios, despite the true meaning of a studio flat being quite different. A true studio flat is a single room that houses everything bar the bathroom.

As such, studio flats are usually made up of a single, larger room which is then divided into different areas by furniture or partial walls. Kitchen, living area, and sleeping quarters are all in the same room, whereas a one bed flat will have a separate bedroom at the very least.

Both, however, will have a separate bathroom.

This is probably the most misused of all property terms, yet there’s a simple rule that defines a true maisonette: it must have its own private entrance that opens directly to the outside world. So, there’s no indoor communal area with a maisonette.

Maisonettes are also frequently two-storey affairs, as opposed to the single-level flat. This is where a lot of the confusion comes in, as some purpose-built flats have two-storey homes within their blocks, but their front doors open out onto communal corridors.

These are often called maisonettes as well, but they’re not true maisonettes, as they do not open out directly to the outside of the building. These would be better described as split-level or duplex apartments.

What is a bungalow? 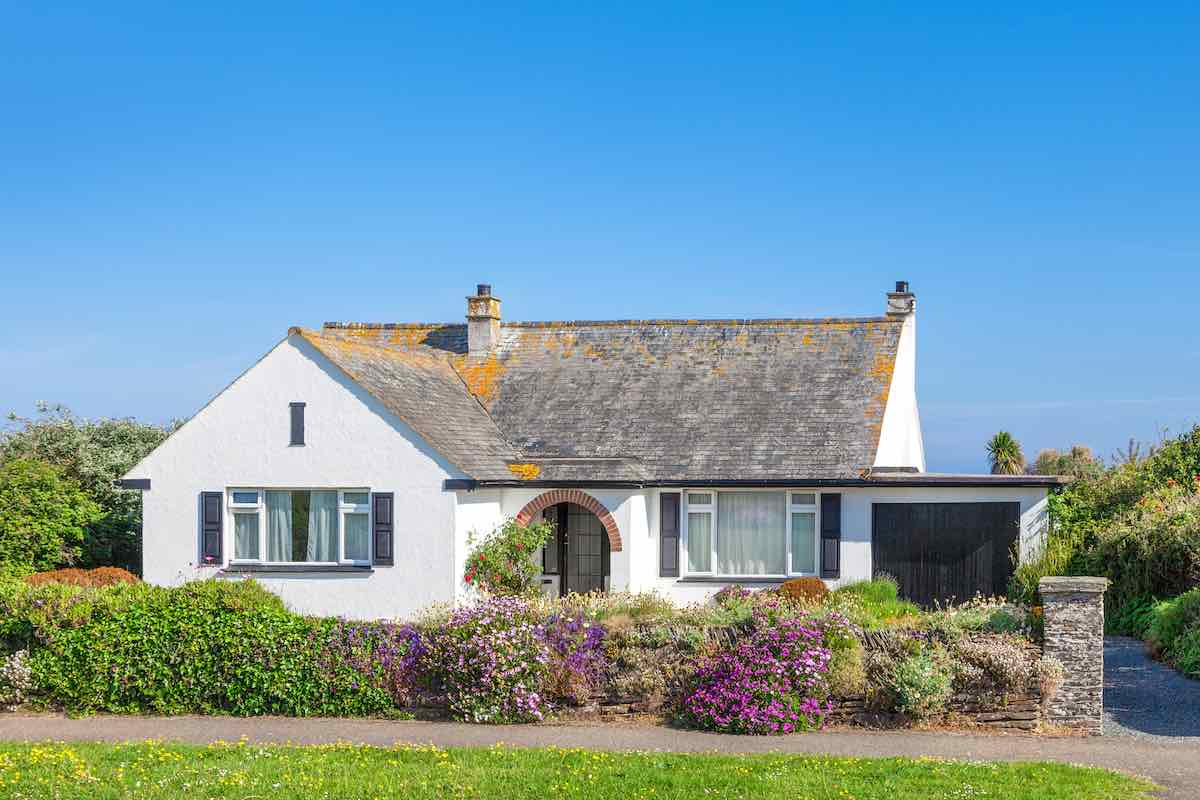 Time to move away from flats and on to houses now.

A bungalow is commonly known as a single-storey detached house, although some may have a second level thanks to a loft conversion. However, in order to be a true bungalow, the loft conversion must maintain a sloping roof, into which dormer windows are placed. These are commonly referred to as Chalet Bungalows.

As bungalows don’t go up, they usually go out, so they will often cover a greater expanse of land than a ‘normal’ house would. It’s largely for this reason that bungalows aren’t really being built in the UK anymore, therefore a bungalow on the market is almost always going to be from the 20th century.

What is a cottage?

Once the preserve of ‘cotters’, the common term for farm labourer who was given tenancy to the property in return for their work, cottages are now seemingly everywhere. These urban cottages should, however, be more correctly labelled cottage-style rather than true cottages.

The Cambridge dictionary merely refers to a cottage as ‘a small house, usually in the countryside’, so the term can be used somewhat loosely.

What is a terraced house? 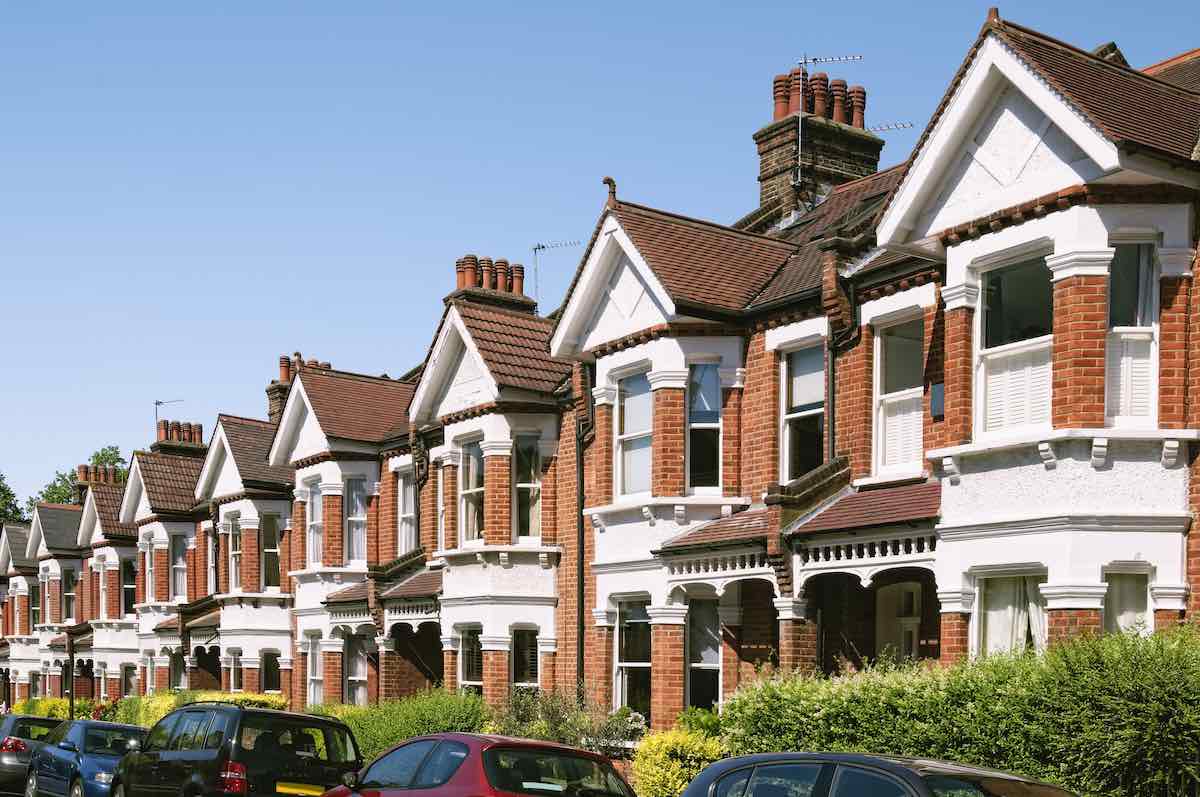 Things start to get a little simpler now. Terraced housing is a row of uniform homes built in a continuous line, and a terraced house is one property within that row.

Often given their American moniker, townhouses, terraced houses are one of the most popular forms of housing in the UK. The reason for this is obvious, as their shared side walls allow more homes to be built on a plot of land than would be possible with detached or semi-detached houses.

No prizes for guessing this one! An end-of-terrace home is exactly as one would expect, a terraced house at the end of a row.

While the terrace will be built in a uniform fashion, end-of-terrace houses can often be found with a significantly different floor plan than those found in the middle.

They are also considered to be more desirable than those in the middle, largely due to the fact that you’ll only have neighbours on one side rather than two.

What is a semi-detached house? 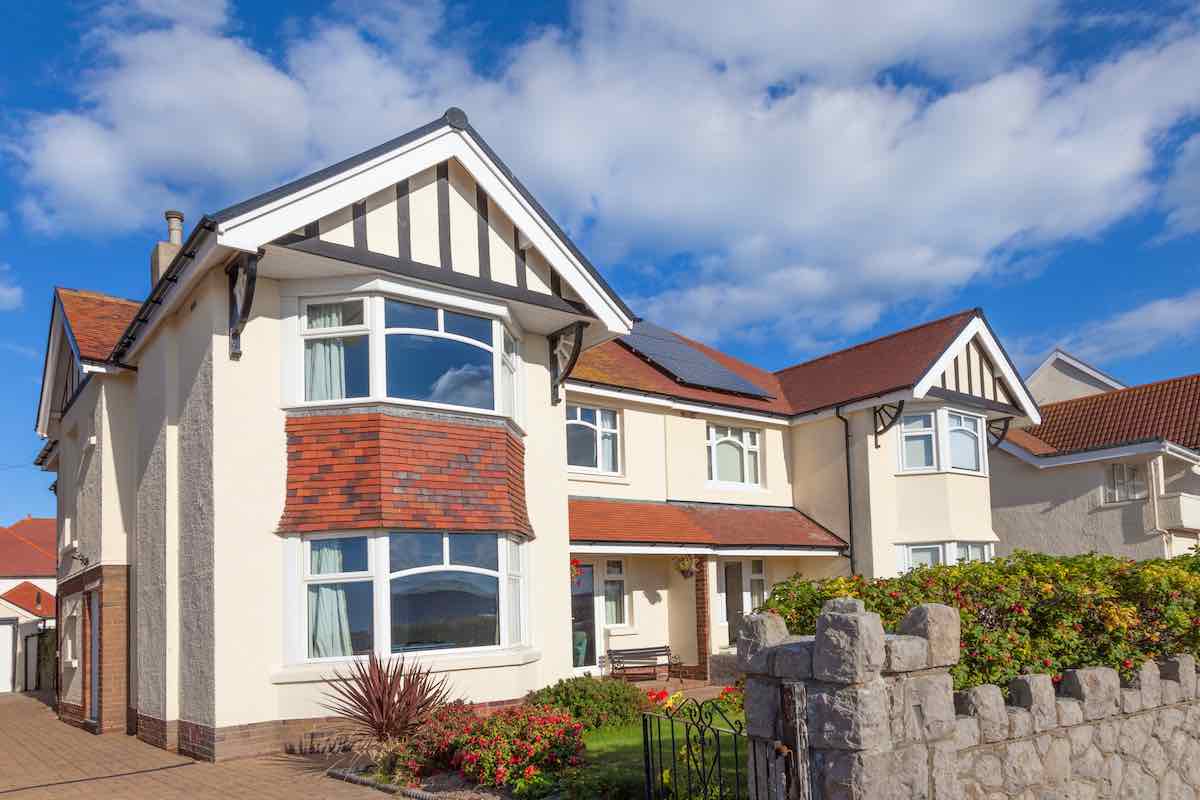 A semi-detached house, like an end-of-terrace property, shares a single side wall with another home. Unlike the end-of-terrace house, though, a semi is connected to another single dwelling, built as a pair, as opposed to a large row of houses.

What is a detached house? 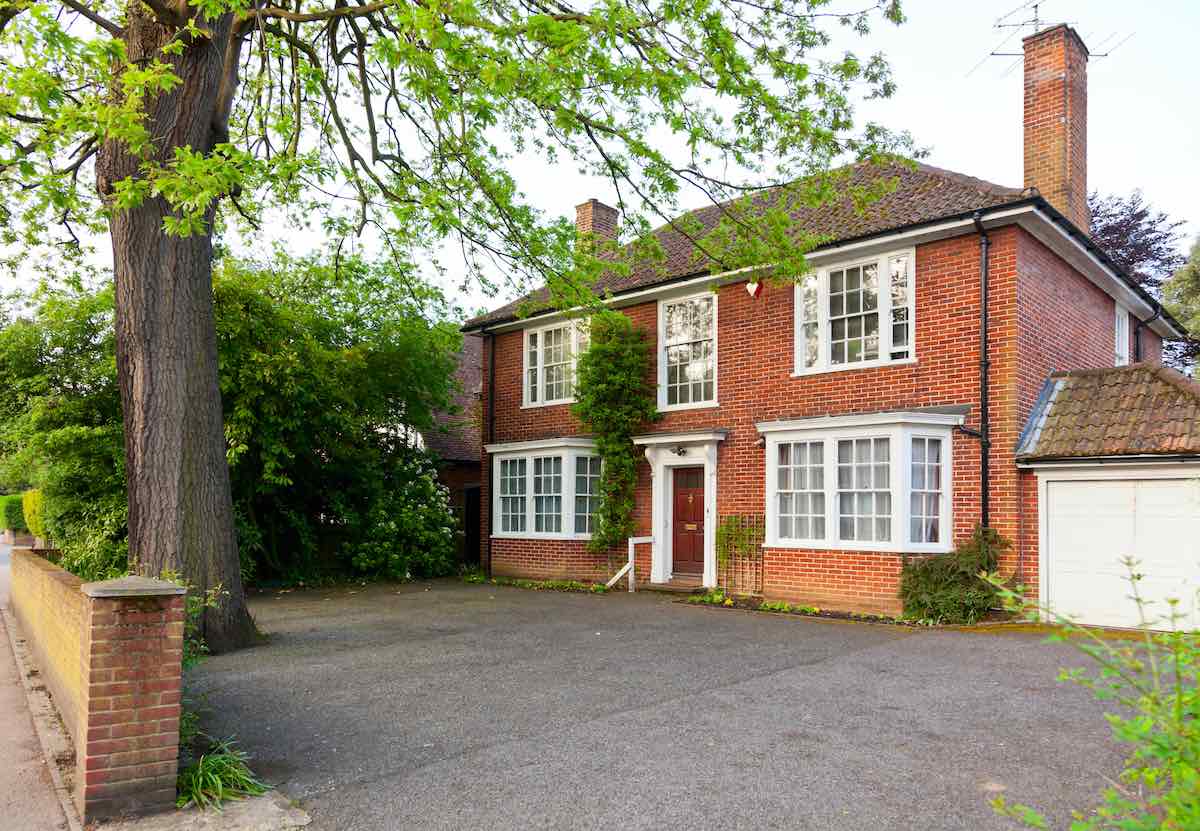 Another simple definition for you now. Detached houses are standalone properties that do not share any walls with another property. Widely regarded as the pinnacle of homeownership for most, detached homes are the most private dwelling you can buy.

Front and rear gardens are commonplace with detached houses, and some will be situated on even greater swathes of land. If they get too large and luxurious, however, they could be deemed something entirely different...

What is a mansion house? 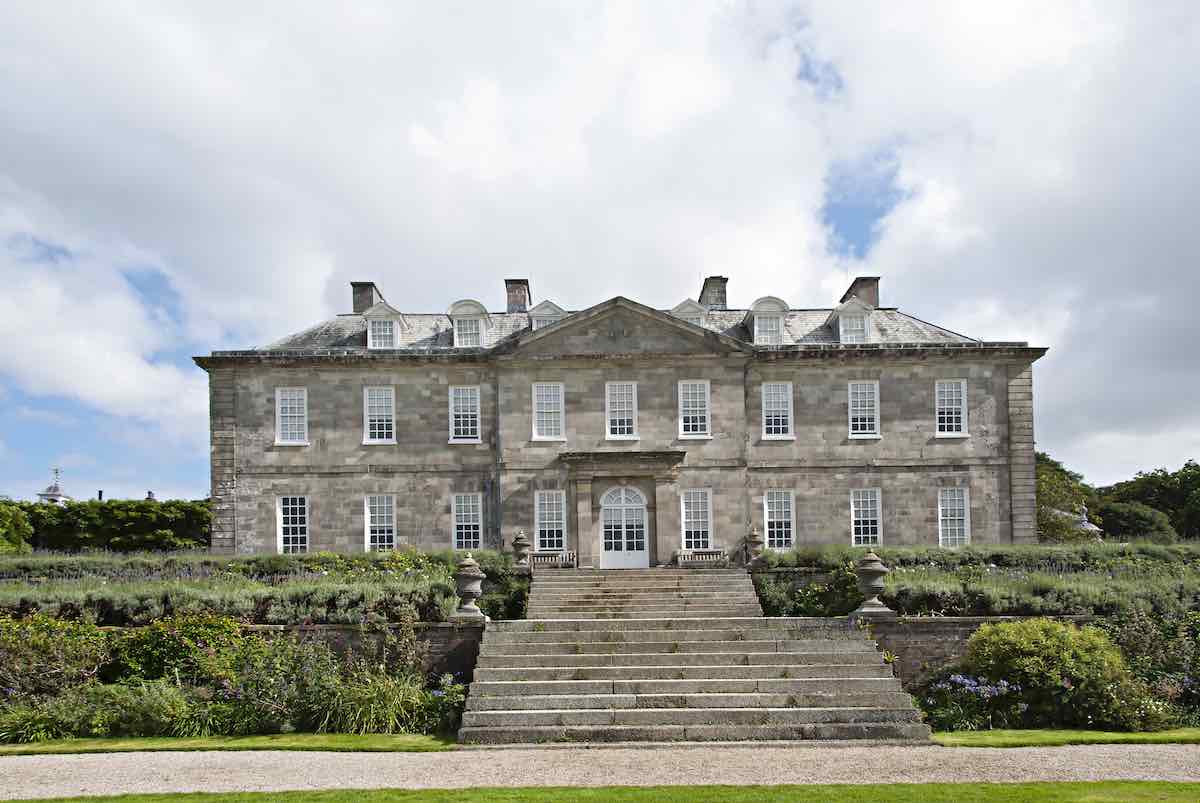 The last property type on our list is the mansion.

A mansion is a grand property owned by a wealthy individual or family. While you may automatically think of stately homes when the word mansion is mentioned, the actual definition doesn’t put any distinction on the term other than it being a large and impressive house.

So, the term is somewhat subjective, but it will always be associated with luxury and affluence.

Regardless of the type of property you’re looking to buy or sell, you’ll want the best people by your side. Here at Petty’s, we have been helping individuals and families move home for well over 100 years, so we know a thing or two about the process!

If you are thinking about entering the property market in East London or West Essex, give us a call to discuss your options and find out why we’ve been the first choice for so many buyers, sellers, landlords, and tenants over the last century. 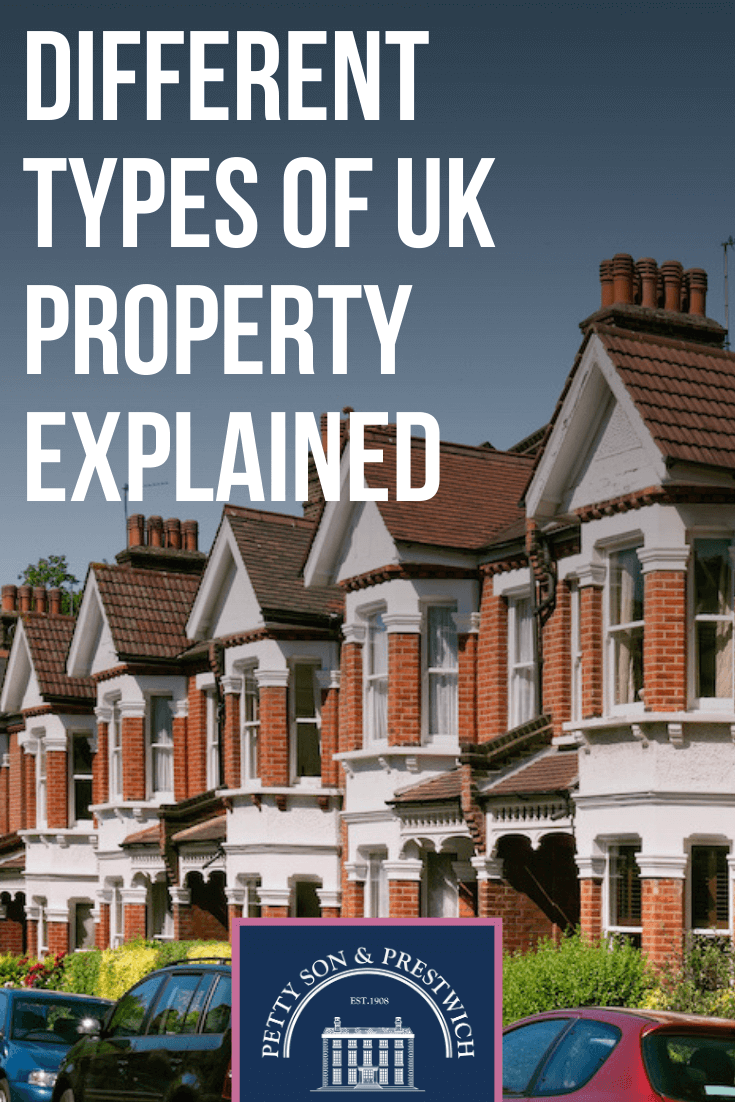