What Is Build To Rent And How Does It Work?

Build to Rent (BTR, or sometimes even B2R) has been around for a few years now but, in the grand scheme of things, it’s still a relatively new concept. Unless you are directly involved in property development, you may have heard the term used in the media and wondered, What is Build to Rent and how does it work?

If you have, we’ve got you covered in today’s post. Here we’ll go over the basics and delve into topics such as the benefits of BTR, the stance on affordable housing, and whether or not BTR property can become part of the for-sale market in the future.

Before we get to those, let’s start with the term itself...

What is Build to Rent?

As you may expect, the term Build to Rent is rather self-explanatory: it’s a property development that is designed with the sole intention of appealing to the rental market as opposed to long-term home ownership.

Build to Rent may be making headlines now, but it’s actually been around for quite some time. Introduced back in 2012 and, most famously, used as part of the legacy programme attached to that year’s Olympic Games and the transformation of Stratford’s East Village from athlete’s accommodation into private rentals, BTR is nothing new. Other large developments have followed and thousands of new rental properties have been created, many of which have been backed by the Government and its Home Building Fund.

Rental growth in the UK

So, why Build to Rent? Well, a quick look at housing trends will give you an answer to that question, especially when looking at the market here in the capital. Renting is on the rise.

There are several reasons for this, and you’re likely to get different opinions on why it’s the case depending on who you ask...and all will have some element of truth to them. From a changing attitude towards rented accommodation to a lack of affordable for-sale stock or the improved quality of lettings to transient workforces, all arguments for the increase in people renting hold some water.

Regardless of why it’s happening, the fact remains that it is happening, and developers are more than willing to construct purpose-built homes to meet the ever-growing demand.

How do Build to Rent developments differ?

Naturally, in order to appeal to a specific section of the property market (i.e. those who wish to rent rather than buy), developers are designing BTR sites to suit prospective renter’s lifestyles.

Obviously, the homes themselves need to meet modern standards of living, and plenty actually exceed expectations if you’re willing and able to pay the rent they command, but BTR developments in many areas are going one step further than merely designing fantastic apartments.

Developers are now creating, or at least trying to create, mini communities within their developments by including features such as communal areas where people can hang out and socialise together.

Such features include the obvious and not-so obvious, from gyms to lounges and games rooms to dining spaces. In fact, many BTR developments are actually closer to hotels than homes. Tenants will even have their own concierge in some!

What benefits are there to Build to Rent?

Apart from the snazzy features mentioned above, there are other benefits associated with BTR...and not just for the tenants. Local areas, too, can profit from these developments in a surprising number of ways.

Take the Ferry Lane site in Walthamstow, for example. This development by Legal & General has regenerated an extremely rundown part of E17 and brought with it 2,000 square metres of community and commercial space which will undoubtedly benefit the local economy. It’s not just about money, either, as the regeneration project has also brought with it 200 new trees and various landscaping and ecologically sound planting areas as well.

Of course, there are people who are opposed to such large scale developments on their doorstep and there are a number of people who, quite rightly, state that this is no way to address the property crisis in the capital. But, to say these projects are completely without merit is, frankly, ludicrous.

People deserve better quality homes and the long-term stability will be welcomed by renters who are tired of living under the threat of eviction through no fault of their own. The key problem with Build to Rent, though, is affordability. All of the good stuff mentioned above comes at a price, and that price is often above what many locals can afford to pay.

In short, yes they do. The Government’s guidelines suggest that all BTR developments should have 20% of the site designated to affordable housing, although this can be challenged by local authorities should they wish to set a different proportion. They will not be able to do this on a whim, though, as the guidance states that justification for reducing the amount of affordable homes will need to be made via their local plan.

Affordable housing is, however, a somewhat subjective term. Again referring to Government guidance on the issue, affordable private rent is deemed to be a “20% discount on the private market rent”, which is likely to be an amount the developers choose to set.

While this rental charge will need to adhere to “the definition of the International Valuations Standard Committee as adopted by the Royal Institute of Chartered Surveyors”, a 20% discount on extremely high rental charges will likely be way out of reach for many, including key workers such as nurses and teachers.

Can Build to Rent properties be bought and sold in the future?

This somewhat of a grey area at present, as Build to Rent properties are relatively new and the minimum period - set out as a restriction to this under a Section 106 legal agreement (usually 15 years is expected by the Affordable Housing and Viability Supplementary Planning Guidance) - is yet to pass.

Whether or not there will be a mass sell off of these properties in the future, only time will tell. However, if they continue to bring in consistent rental revenue to the investors behind the developments, it’s unlikely...but not entirely out of the realms of possibility.

The best thing for us to do here is to refer you to the guidance itself, which reads as follows:

Build to rent schemes would normally, by definition, remain within the rental sector, under common ownership and management, for the long term. Any affordable private rent homes included as part of a scheme, through a section 106 agreement, are provided specifically as a community benefit in perpetuity. The sale of a build to rent scheme, or the sale of individual homes within the scheme to other tenures, should not result in the withdrawal of the affordable housing contribution from the local community.

Circumstances may arise where developers need to sell all or part of a build to rent scheme into owner occupation or to multiple landlords or, exceptionally, to convert affordable private rent units to another tenure. The section 106 should consider such scenarios and, in particular, include a mechanism to recoup (‘clawback’) the value of the affordable housing provision that is withdrawn if affordable private rent homes are converted to another tenure.

Planning authorities should recognise that build to rent operators will want sufficient flexibility to respond to changing market conditions and onerous exit clauses may impede development. However, the sale of homes from a build to rent development should not result in the loss of affordable housing without alternative provision being made.

If you’re looking to rent in or around Wanstead, we can help find the perfect home for you. Give our team a call today to register your interest and we’ll handle the rest. 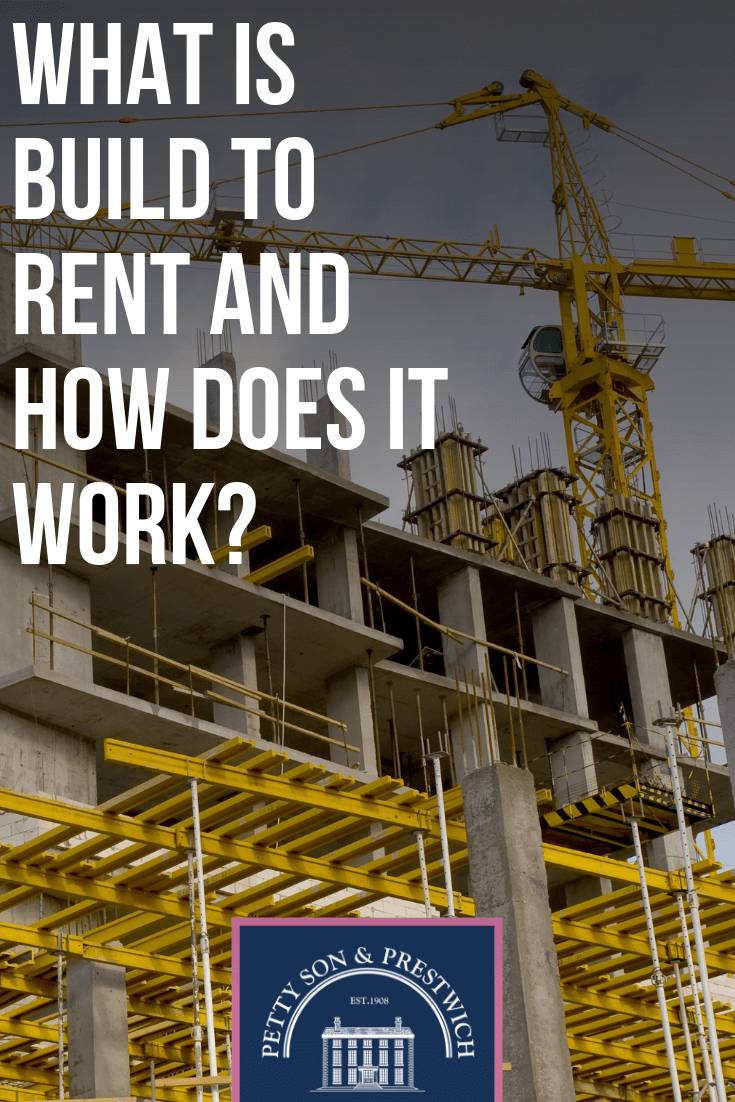