Brexit Property Prices: Should I Move Now Or Wait?

Variations on ‘Brexit property prices’ themed questions are plentiful at present, but the most common one by far is, ‘Should I move now or wait to see what happens with Brexit?’ It’s a great question, and one that deserves an in depth answer...which is why I’m putting my fingers to the keyboard today.

Before we get into the meat and bones of the issue, let’s get one thing clear: no one really knows whats going to happen. Will Brexit go through as Prime Minister May has planned? Will there be a no deal Brexit? Will Brexit collapse altogether? What happens to property prices should any of the above come to pass? Nobody can give you a definitive answer, and you should distrust anyone who tells you otherwise.

So, is that it? End of the article?

The question posed is whether one should move now or wait, and there is an answer to that. First, though, let’s take a look at what has happened thus far with regard to Brexit and property prices.

If you were to go by headlines alone, you’d be forgiven for thinking that property prices have been dropping like a stone since the referendum back in June 2016. A look at the figures, however, tells you otherwise.

According to the Office for National Statistics’ House Price Index, property prices have increased...albeit at a far slower rate than we’d been accustomed to prior to the vote being cast.

Possibly the most interesting thing to note from the chart above is the plateau directly after the referendum. At a glance, this would seem to reflect the uncertainty felt throughout the country as a result of the, erm, result, but not so fast. If you take a look at the following year you’ll see a similar pattern.

Anyone within the property market knows that house prices tend to move upwards in spring, level out across the summer months, and then move forward again as we head towards Christmas. The patterns of 2016 and 2017 are, therefore, no real surprise.

What did happen was, as mentioned above, the rate of increase slowed. House prices still went up, just not as boldly as they did prior to the vote to leave the European Union. Was this slowdown a direct reaction to the decision to exit? Possibly, but there’s also a solid argument for the drop in house price change percentages being associated with a much-needed market correction rather than Brexit itself.

It should be noted, however, that the graph above is a representation of what happened nationally. A little research on the capital’s property prices, and the surrounding postcodes, paints an altogether different picture.

The prime market in and around Westminster, Chelsea, Kensington, etc. certainly took a hit because of the instability. Corporate investors and overseas buyers started acting far more cautiously due to the way the UK housing market was being viewed, and this had a knock-on effect in the suburbs of Greater London with fewer buyers moving out of Zones 1 and 2 to areas like Wanstead.

Deciding to leave the EU may have been the perfect excuse for a correction that was, according to many analysts, long overdue. It’s important to remember that correlation doesn’t imply causation; the decreased rate of growth may have happened anyway.

So, should I move now or wait until after Brexit?

Now that we’ve had a look at what has gone before and established the fact that no one has a crystal ball (well, not one that works, anyway), it’s time to answer the big question: move now or wait?

Our advice here is simple, and it applies regardless of what’s happening politically or economically - if you need to move, move. If you don’t, don’t.

This is obviously an extremely simplistic way of looking at things, but the overriding sentiment of the message will stand you in good stead, irrespective of any external brouhaha.

We’d certainly be unconcerned about property price prospects in our part of the world over the long-term, so if you’re looking to move now and settle for a while - say, five to 10 years - go for it (providing the move ticks all your applicable boxes, of course. Things such as schools, transport links, access to work, etc.). Shorter term moves may prove to be a little riskier at present but, again, if you really need to switch properties the decision may already be made for you.

The big no-no is moving on a whim. Why run any risk at all when you simply don’t need to? Ask yourself a few searching questions to find out whether or not you really need to move home before you make a hasty decision you may later come to regret.

If you’re looking to move in or around Wanstead and West Essex, or if you’re simply looking for more property advice, we’re always happy to offer assistance. Get in touch with our friendly team of experts today to discuss how we can help you make the right move at the right time. 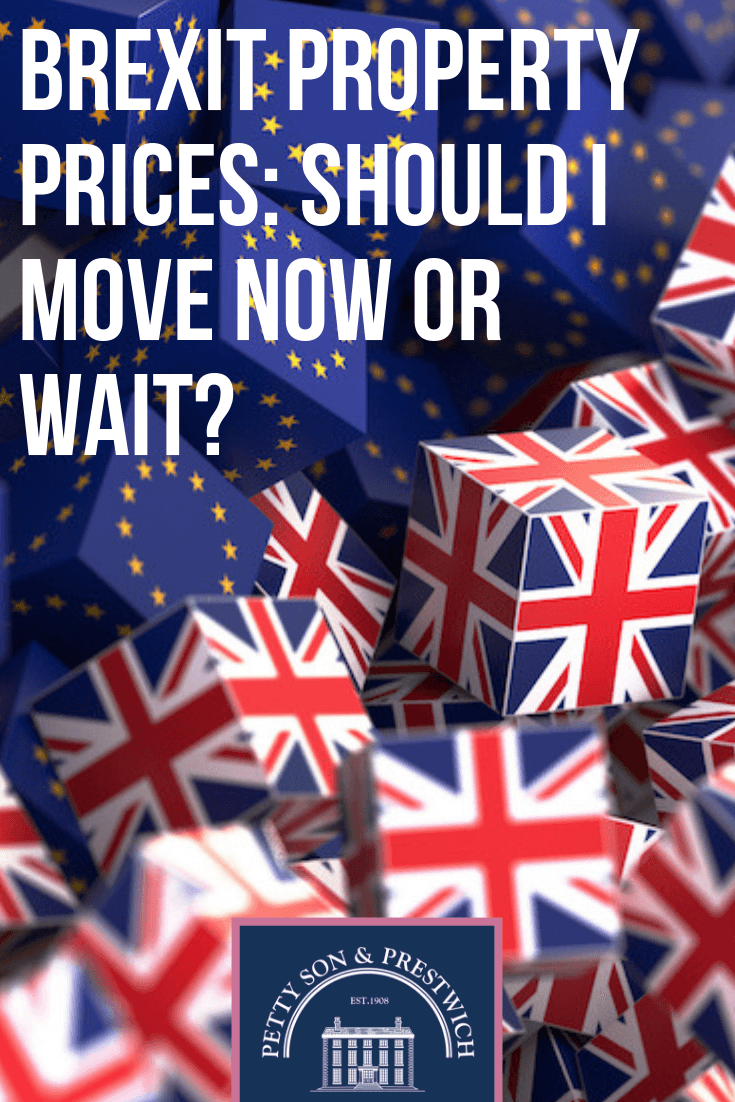