Is London's Rogue Landlord And Agent Checker Worth Visiting?

Back in December 2017, the Mayor of London launched a Rogue Landlord And Agent Checker in a bid to crack down on the growing number of unscrupulous businesses and individuals targeting the capital’s rental market. Just over three months on, we decided to take a look to see if the ‘name and shame’ database actually lives up to the promises made by the great and the good of City Hall.

What is the Rogue Landlord and Agent Checker?

Pretty much exactly what it says it is - a way for tenants to check that the individual or business they intend to rent their next property from hasn’t been up to anything they shouldn’t have been. So, if your prospective landlord or letting agent has been recently fined or prosecuted, their names should be flagged when you perform a search of the database.

The aim of the initiative is to give Londoners greater confidence when choosing a place to rent, although it should also act as a decent deterrent to dodgy landlords and letting agents who may be thinking of doing wrong by their tenants.

It must, however, be noted that, due to restrictions in the Rehabilitation of Offenders Act 1974, the database will only be able show records of such offences for 12 months in most instances. Naturally, this could be interpreted as giving shady operators a green light to return to their less than honourable ways, but more goes on behind the scenes.

Thankfully, records will be retained privately for anything up to 10 years, which will give enforcement authorities a broader picture of repeat offenders and their nefarious activities. Hopefully this will lead to heavier fines and harsher sentences for those who never learned their lesson the first time around.

What can you check on the Rogue Landlord and Letting Agent database?

The Rogue Landlord and Agent Checker comprises of three different sections, some of which are strictly for local authorities and other statutory organisations such as the London Fire Brigade to access, but the public database is what we’ll concentrate on here.

When performing a search, members of the public will be able to view:

Does the database cover the whole of London?

Not at the moment, although the coverage is growing. At present, the Rogue Landlord and Agent Checker provides information on agents and landlords who have been fined or prosecuted by the following London boroughs:

While this may not seem comprehensive, it does provide information for around a quarter of the city’s renters, some 600,000 people. Eight other boroughs (Barking and Dagenham, Croydon, Enfield, Hackney, Haringey, Lewisham, Redbridge and Tower Hamlets) have already committed to joining the initiative and the hope is that the rest of London will follow suit in the not too distant future.

Can landlords and letting agents be falsely listed?

In short, no. There were concerns when the Checker was first announced last year that tenants would be able to make false claims about their landlord that could lead to them being listed on the database unfairly, but this isn’t the case.

One part of the Checker is indeed a reporting tool that allows tenants, and anyone else for that matter, to easily pass on information about rogue landlords and letting agents. However, that doesn’t mean they will be listed here, as a prosecution or fine is necessary in order to appear.

So, Is London's Rogue Landlord And Agent Checker Worth Visiting?

Most definitely. Every tenant should make use of the Checker prior to committing to a tenancy and only those included on the list would complain about its existence. We certainly welcome it and look forward to it becoming a resource that covers the whole of London sooner rather than later. We’d also like to see a similar Checker released for the entire country so that it’s not just Londoners who benefit.

It is worth pointing out, however, that the Checker is not fail-safe. Unfortunately, many unscrupulous agents and landlords still escape prosecution for a number of reasons, so the Checker should be used as a tool, not a rule. In other words, while the Checker is a very handy guide to have, we’d always advise tenants to use all of the information at their disposal and not rely solely on the Checker as an infallible resource.

That being said, the Mayor has done the capital’s renters a great service by introducing this tool, and we’re sure it will benefit the industry as a whole over the coming years. 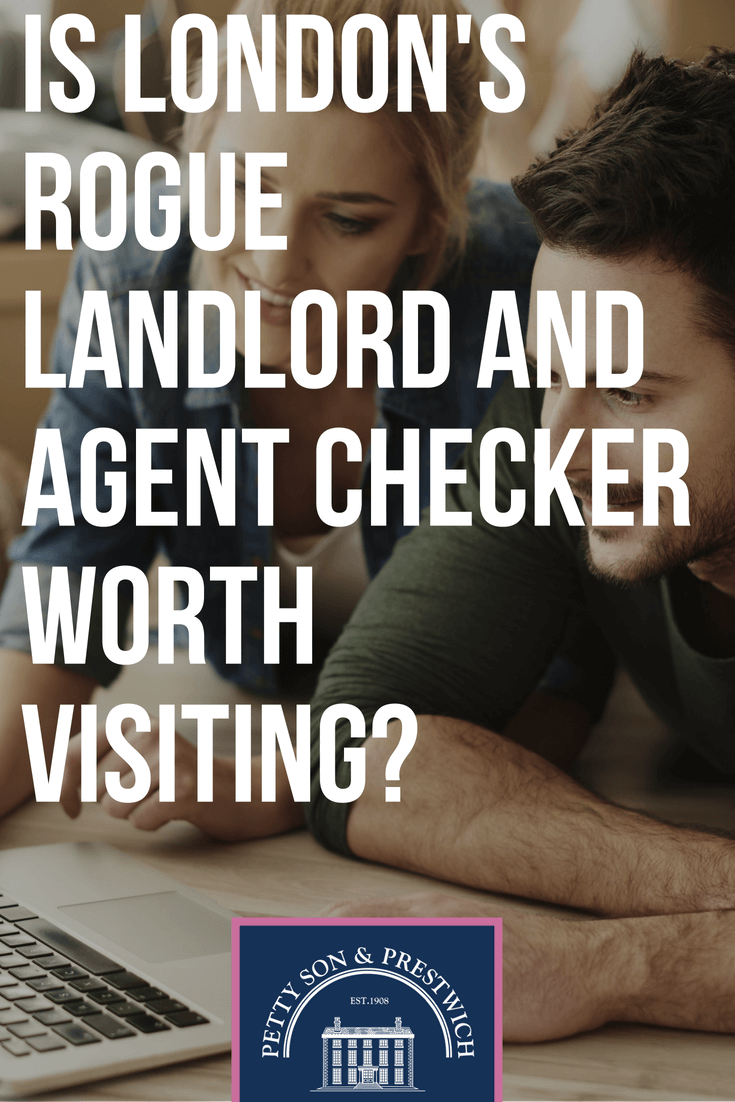