Open up any newspaper (well, almost any!) or property site online and you’re likely to see some mention of proposed new lettings regulations for agents and the impact they will have on the industry as a whole. While it’s true there are a lot of potential changes in the offing to go along with those we’ve already experienced, are they all going to be bad for those involved?

It can be easy to fall into the fatalistic mindset purported in the media without really digging into the facts. We’re all busy these days, so crafty headlines can capture the imagination and lead us to believe something that may not necessarily be the whole truth. Letting agents, like anyone else, aren’t all that keen on change and would rather maintain the status quo, but sometimes things do need a shake-up of sorts, and the lettings industry is ripe for shaking.

One area that continues to amaze the average person on the street is the fact that just about anyone can start trading as a letting agent. Many people, both landlords and tenants, simply aren’t aware that the agent you’re handing over your hard-earned cash to could be shadier than a palm tree.

Currently, in both England and Scotland, no licence is required in order to start up a lettings agency, nor do you need any specific qualifications. If you’ve ever wondered why so many different boards have suddenly appeared in your street, there’s your answer. So long as the person in question hasn’t previously been declared bankrupt or been banned by the Office of Fair Trading, they’re free to open up an agency without any knowledge of the industry whatsoever - it’s crazy!

Despite all of our collective experience and knowledge, we believe in a proactive approach here at Petty Son and Prestwich. Although we don’t need to be, we are members of every major accreditation scheme because we believe our clients deserve the best and they shouldn’t have to worry about our credibility.

Being accredited by national industry bodies such as ARLA, SAFEagent, The Property Ombudsman, Trading Standards Approved Code, and The National Approved Letting Scheme gives both tenants and landlords peace of mind when dealing with us, something that is sorely lacking with many other agencies.

So, whenever we are asked if we’re worried about the Government being hellbent on regulating agents our answer is simple, No, we welcome it!

While overall regulation of letting agents as mentioned above may be some way off, the steps toward it happening are already being taken. Changes such as the introduction of compulsory CMP (Client Money Protection) are a move in the right direction and will lead to greater transparency throughout the industry.

CMP should have been made compulsory a long time ago as it’s an insurance policy that protects an agent’s client against factors such as theft, bankruptcy, and more. If, for any reason, the business in question goes under or the owner decides to up and leave, the policy is initiated and the client’s money is protected.

It is thought that a staggering 40% of agents currently have no Client Money Protection scheme in place, which means the cash you hand over to them is at constant risk. Once the new regulations come into force, these agencies will be deemed non-compliant and will either have to fall into line or stop trading, which is good news for everyone concerned.

One of the more controversial upcoming changes is the potential ban on letting agents being able to charge fees to tenants across England. On the face of it, this seems like a good thing for those looking to rent, but we’re not so sure...and the reason for our scepticism is more than merely financial.

At present, letting agents are able to charge both landlords and tenants for the services they provide. Our concern is that the removal of charges from tenants will result in a poorer service for renters as the bias swings towards landlords. After all, landlords will soon be the only ones bringing in the cash for agents, so there’s a real chance of this occurring.

Obviously, both parties are needed for lettings to work, and agents will still have a duty of care to their tenants, but the fact remains that if only one side is paying impartiality is at risk. Could removing charges be a step too far and end up working against tenants? Only time will tell, but it’s certainly something the Government needs to be aware of before passing the draft bill introduced earlier this month. 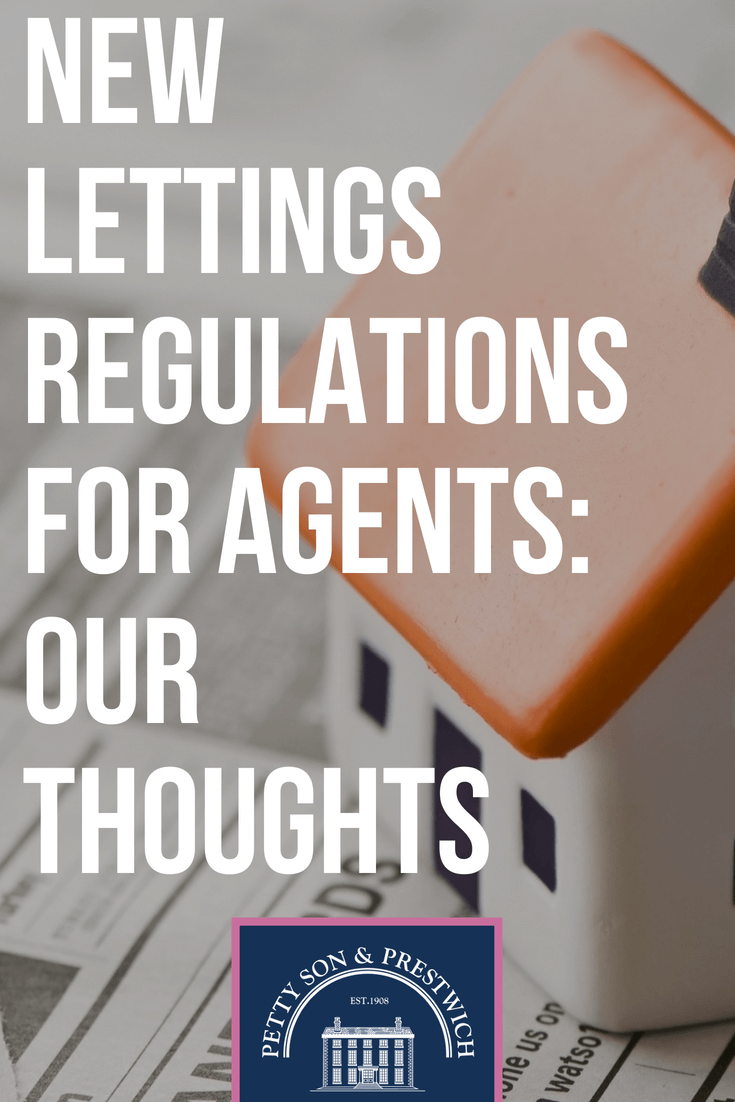