Buy A House With Bitcoin? Our Opinion On Cryptocurrency Property Purchases

Whether you’re tech savvy or not, it’s highly probable you’ve already come across the term ‘cryptocurrency’. If you haven’t, it’s almost guaranteed that you’ve heard of a specific type of cryptocurrency: Bitcoin...even if you have no idea what it actually is!

Bitcoin has been hitting the headlines of late thanks to its dramatic price increase. A single Bitcoin is currently trading at over £5,000*, which is pretty impressive when you consider the fact that you could have picked one up for under a tenner back at the start of 2013! As an estate agent, the obvious question we’ve been asking is would someone buy a house with Bitcoin? Well, let’s take a look.

We’re not going to get into the deep technical aspects of Bitcoin, such as blockchains, but it’s important to lay out a few pointers before we delve into whether or not property transactions with Bitcoin will become commonplace in the near future.

In short, Bitcoin is a peer-to-peer system specifically designed for online payments - a virtual currency, if you will. As a peer-to-peer system, there is no need for a central authority (like the Bank of England or Federal Reserve) to oversee transactions, which is what makes cryptocurrencies like Bitcoin so intriguing (and threatening to governments).

Removing the middleman effectively eliminates interest fees and puts the holder in control. This is especially interesting when you consider the impact such currencies can have in third world countries where access to standard bank accounts is reserved for the few, rather than the many.

With Bitcoin, you can spend and store money without a traditional account or credit card. All you really need is a computer or mobile phone to make transactions, and you won’t be charged hefty fees to transfer money across borders like you would if you used, say, Western Union.

So, what about buying property with Bitcoin?

Property sales involving Bitcoin are already happening but, it could be argued, for the wrong reasons. Bitcoin is big news at present and journalists are clamoring for a story involving this new and exciting currency. With that in mind, some sellers are using the currency as a way of either promoting the property they are selling (and then selling it via traditional means) or as a way of promoting themselves.

There have already been several celebrity homes and developments hitting the market with a ‘Bitcoin accepted’ tag. This trend is likely to continue as long as doing so makes the news, but what about the rest of us? Is there really a market for buying and selling property with Bitcoin?

Buying a house with Bitcoin: Our opinion 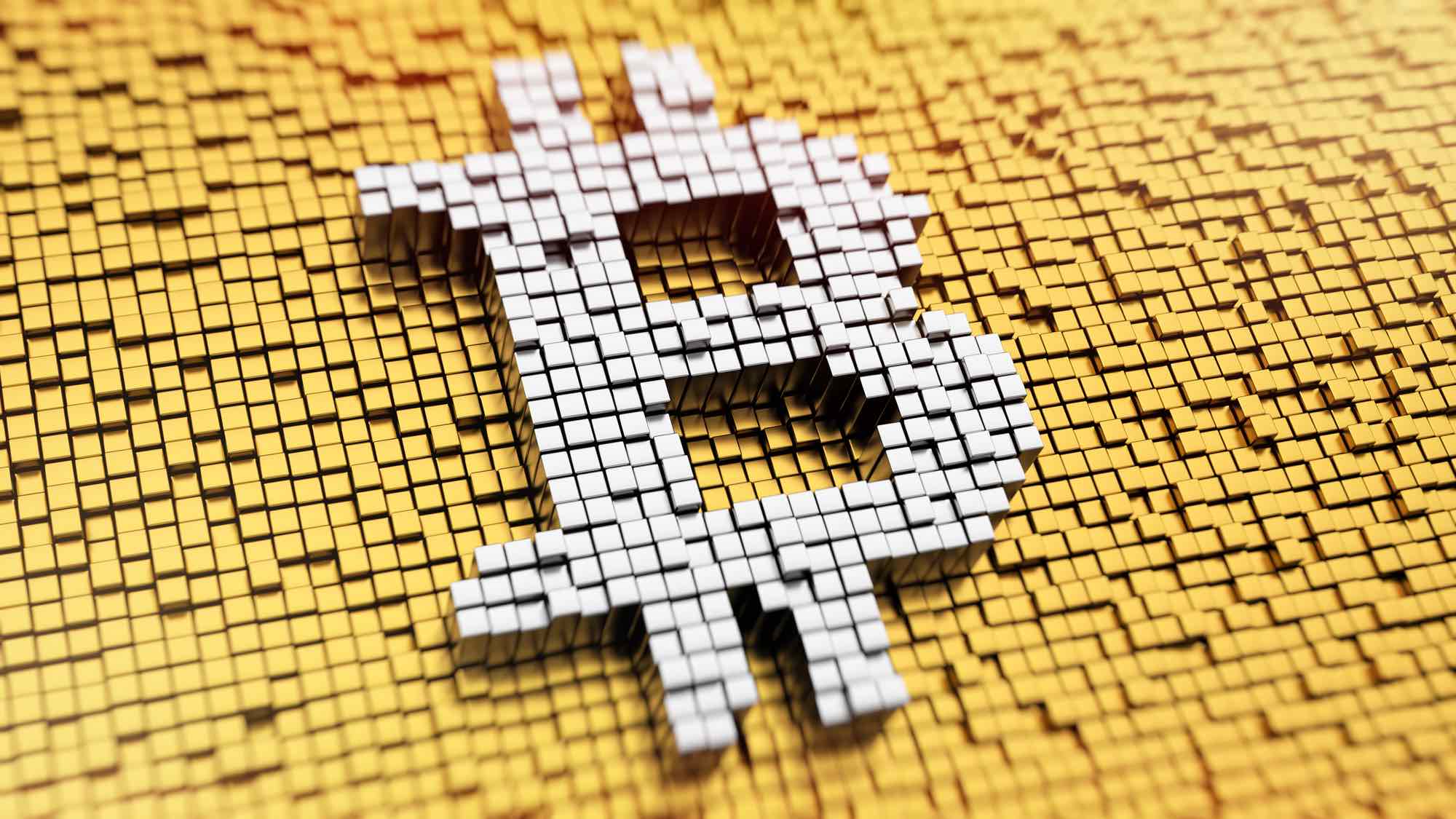 At present, we don’t see Bitcoin as a viable option for buying and selling property. That’s not to say it never will be, but at the moment there are several things holding it back.

Firstly, there’s the fact that it’s not mainstream enough to attract the volume of buyers required in today’s market if you were to solely offer the sale in Bitcoin. You could certainly add cryptocurrencies as an alternative payment method, but would many people take you up on the offer if you did? Probably not.

Then there’s the trust factor. As a burgeoning currency, Bitcoin is still likely to cause the uninitiated a degree of concern...especially when making one of the biggest transactions of your life. While the crypto-geeks will assure you that Bitcoin is very safe (and we agree that it is), it’s probably still too new for the majority of sellers to adopt with any conviction. What happens if something does go wrong? After all, you have no regulatory board or central bank to run to if it does.

Finally, there’s the volatility of the cryptocurrency markets. Bitcoin is flying high at the moment, producing the kind of hockey stick chart investors usually dream of when they are tucked up in their beds at night, but will it last? There’s every chance it will (some are predicting prices of $500,000 by 2030), but there’s every chance it won’t, too. What happens if a rival cryptocurrency improves on the foundations laid by Bitcoin, for example? It’s all a little sketchy at present.

One property market where Bitcoin could take hold soon

While buying and selling property with Bitcoin may be deemed a little too risky for the time being, thanks to the large amounts of ‘cash’ changing hands, there is a market where cryptocurrencies could become commonplace fairly soon: lettings. The rental market is growing fast, especially with under 35s, so offering an alternative payment option could work here.

Bitcoin is a lot less scary to millennials than it is to the older generations, and rental payments are obviously lower than purchases. So, paying your rent with a cryptocurrency like Bitcoin could become a ubiquitous reality in the very near future, which in turn could lead to more sales being made with them, too.

As with so many things in life, only time will tell how Bitcoin and other cryptocurrencies will impact the property market, but we’ll be watching with great interest, that’s for sure.

*Price correct at the time of writing. 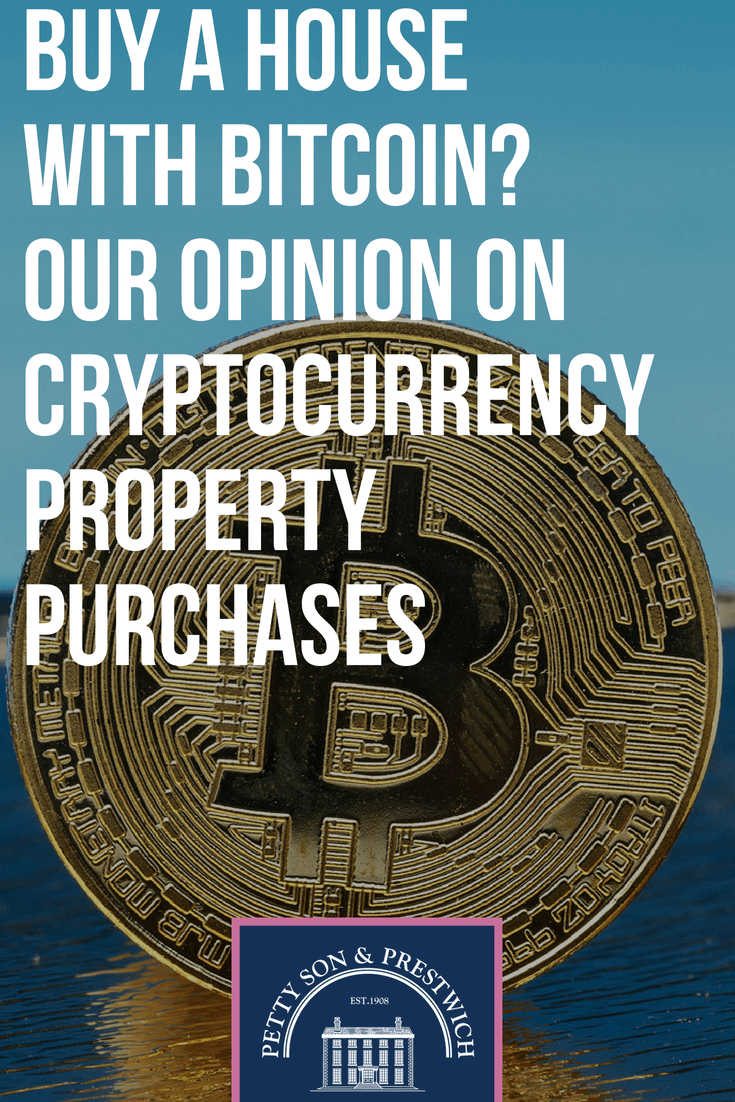